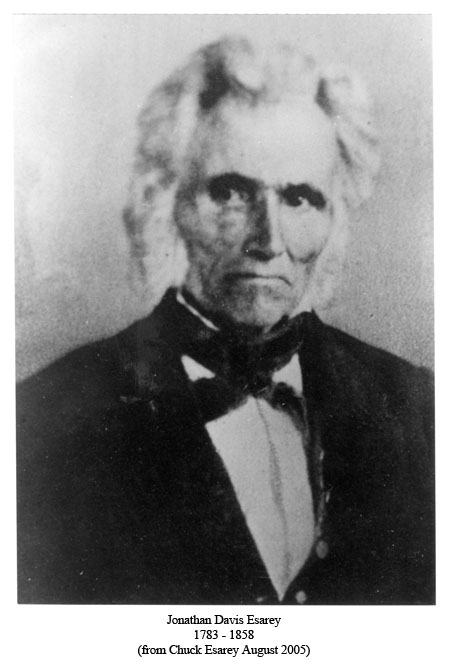 Jonathan Davis Esarey late in his life. In some places this photo is misidentified as his father, John Esarey (1744-1828). That would be impossible since photography was not yet invented by the time of the elder Esarey’s death.

DOWNLOAD a high resolution file of this image (1.0 megabyte) 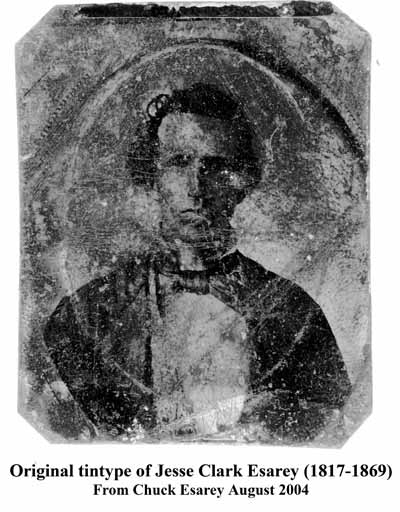 Tintype image of Jesse Clark Esarey. In spite of his apparent youth in this image, the photo could have been made no earlier than the 1850s when tintypes were introduced in the US. More likely it was made in the mid-1860s.

DOWNLOAD a high resolution file of this image (470 k) 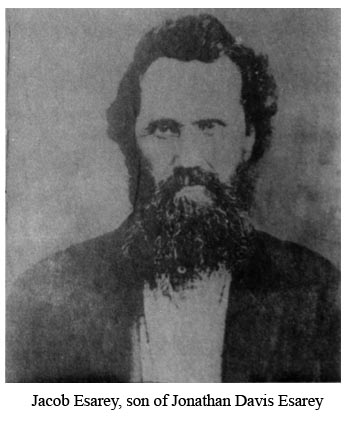 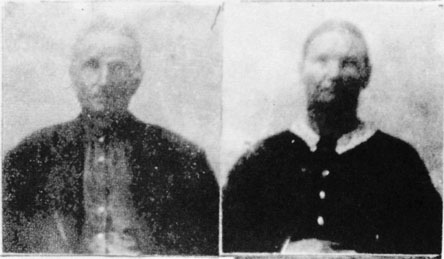 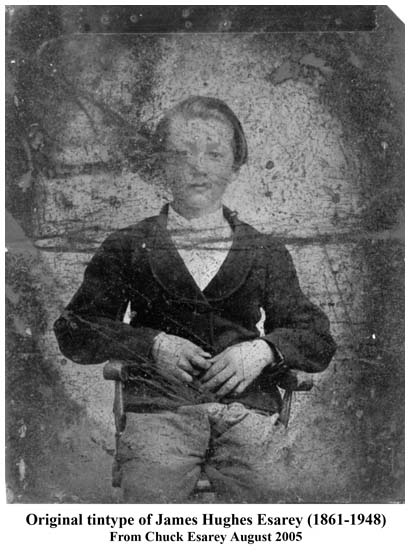 Judging by the age of James, this tintype dates to the middle or late 1860s. James Hughes Esarey was son of Jesse Clark Esarey and Susannah Hughes. He is at the far left of the back row in the later photo of the entire family (sans Jesse) posted below. 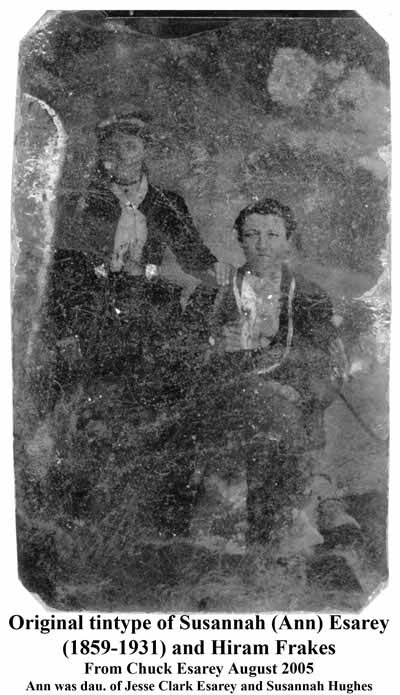 esse Clark and Susannah Hughes Esarey’s daughter Ann with Hiram Frakes. (Note: this is not Hiram Milo Frakes who is the subject of another gallery page here). I estimate this photo to date approximately early 1870s. Ann is seen with her siblings at the far right of the front row in the photo below. 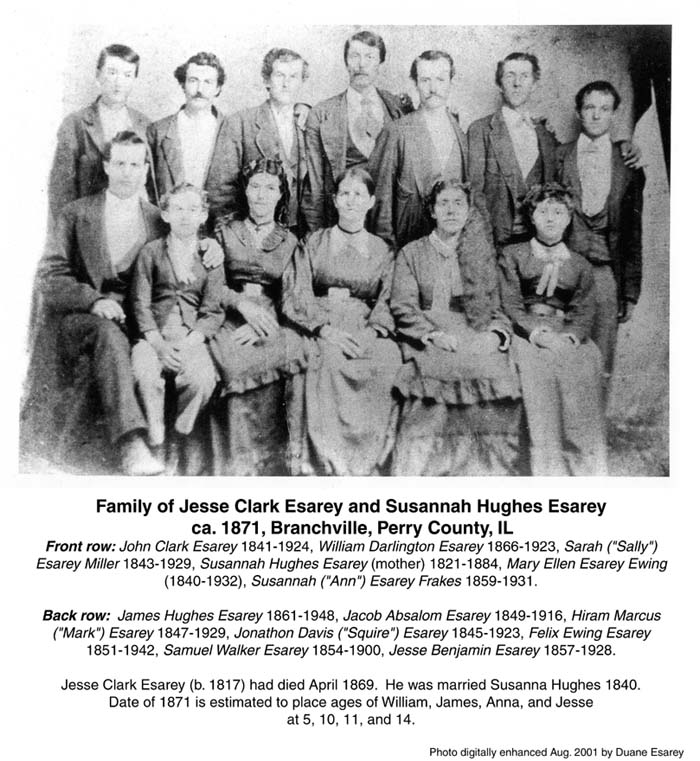 This extraordinary photo of the family of Jesse Clark Esarey and Susannah Hughes was made several years after Jesse’s death in 1869. John Clark Esarey, author of the Civil War letters published in the Esarey family book, is at the far left of the front row. A portrait of his family, as well as the family of brother Hiram Marcus Esarey (back row 3rd from left) is posted below.

DOWNLOAD a high resolution file of this image (1.4 megabytes) 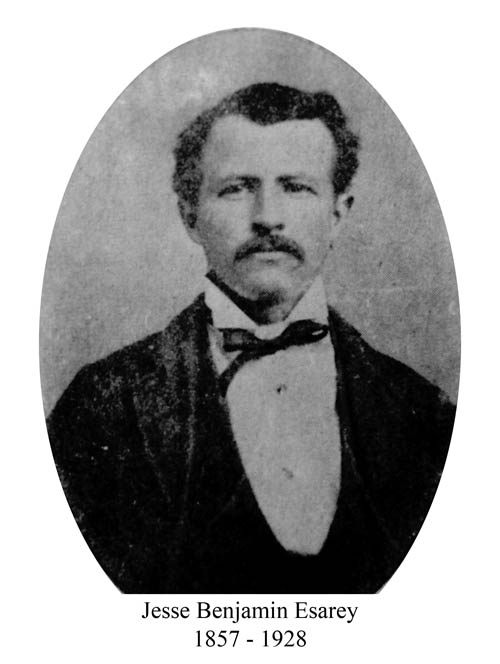 Photo from Myra E. Evans “Logan Esarey His Ancestors and their Descendants” 1968 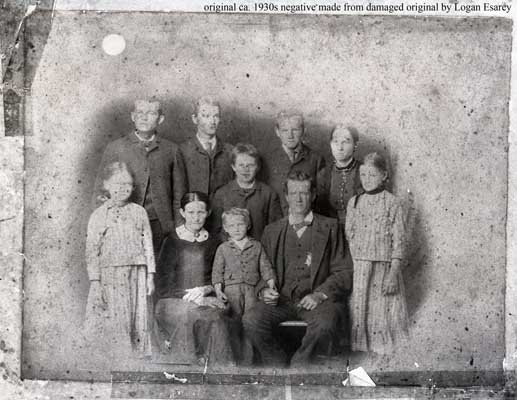 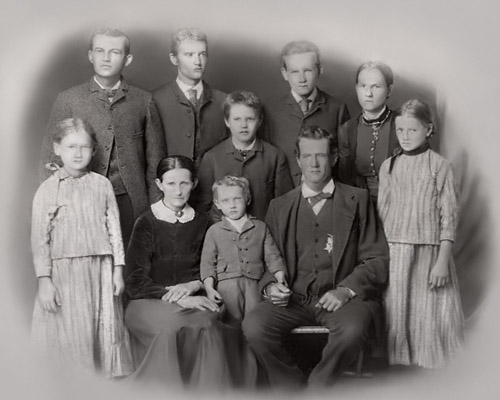 The family of John Clark and Barbara Ewing Esarey (estimate photo date as ca 1886). Restoration 2009 from a negative made by Logan Esarey and Myra Esarey Evans and provided by Patsy Van Kesteren. 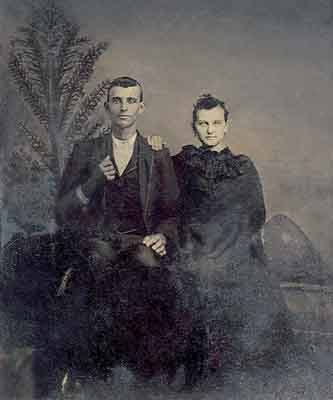 James Gibson and Olive Idora Esarey. Probably 1894 wedding picture. Download the clippings of the tragic 1903 death of James while helping his brother’s (State Senator Thomas Jefferson Gibson) family. Upon James’s death, Dora was left with four children (Emma, Carrie, Victor, and Loren) under 8 years old, the youngest of which was not born until after his father died. Photo courtesy of the descendants of Emma Gibson Cunningham, oldest daughter of James and Dora.

DOWNLOAD a high resolution file of this image (1.3 megabytes) 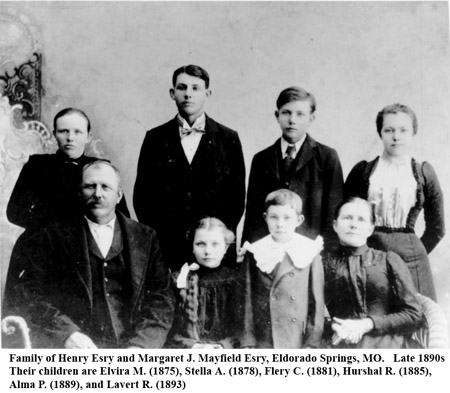 (Many of Henry and Margaret’s descendants still live in western Missouri.) 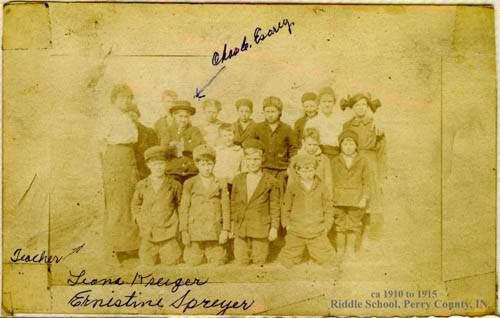 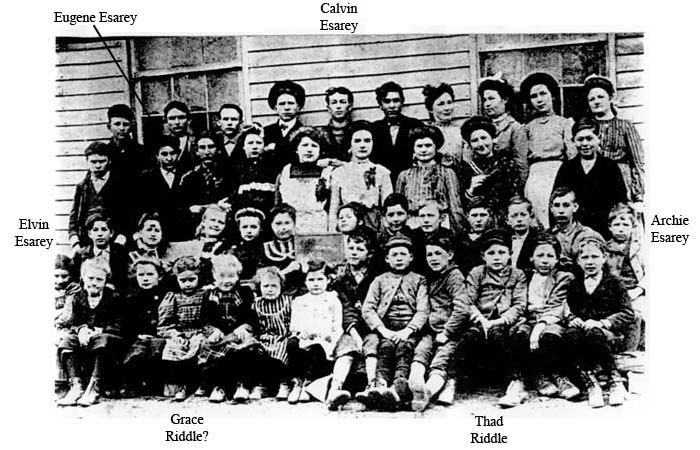 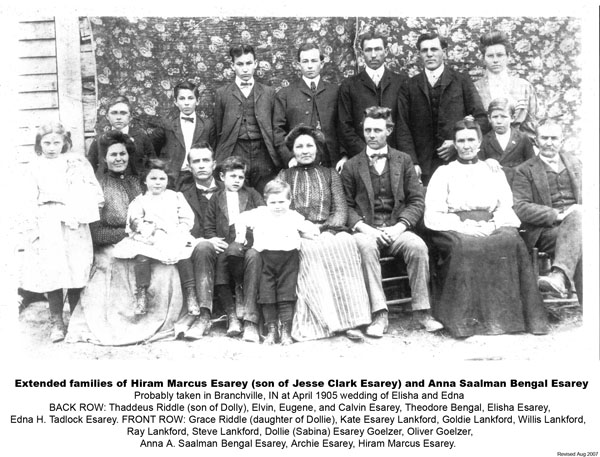 Probably taken in Branchville, IN, at April 1905 wedding of Elisha and Edna (CORRECTION: photo taken at “the John Harris Place” in 1906)

ACCESS a high resolution file of family w/o the grandchildren (1.0 mb jpg).

ERROR NOTICE: Until August 25, 2007 the image of Hiram and Anna’s extended family and the accompanying high resolution image had an error naming four of the people in the front row. If you downloaded or otherwise recorded these images/information before that date, please check against the attributions as the now are. 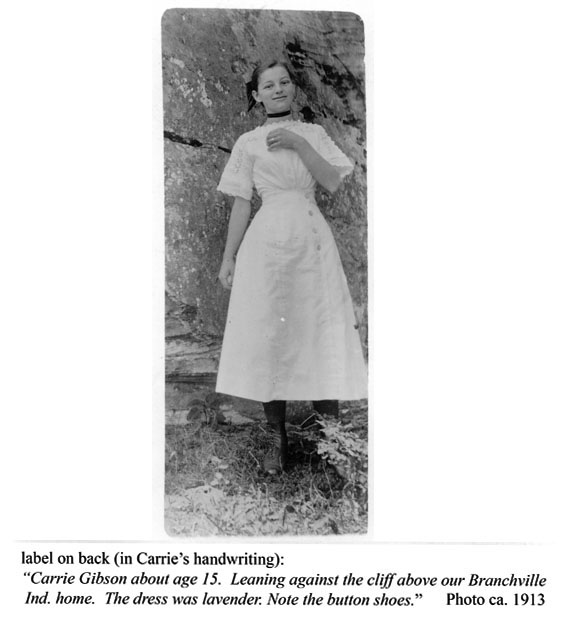 From photo album of Carrie A. Gibson Esarey Riddle in possession of Duane Esarey 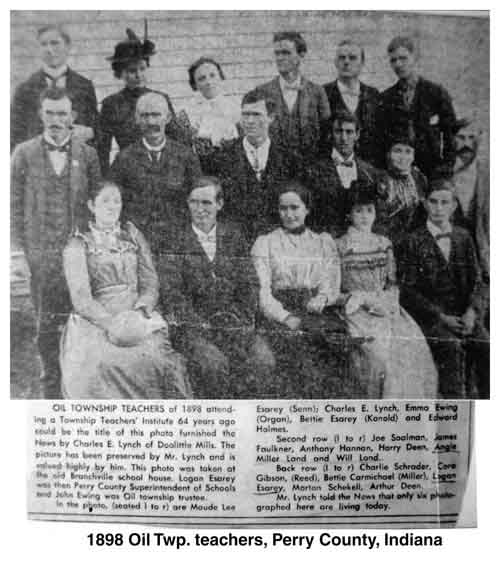 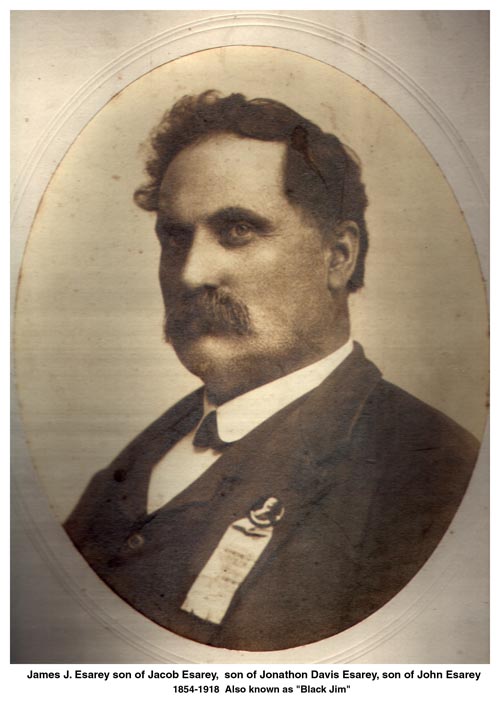 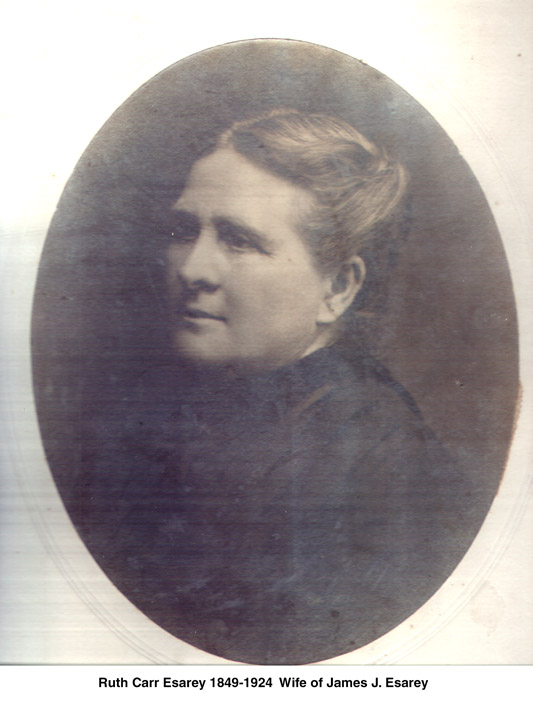 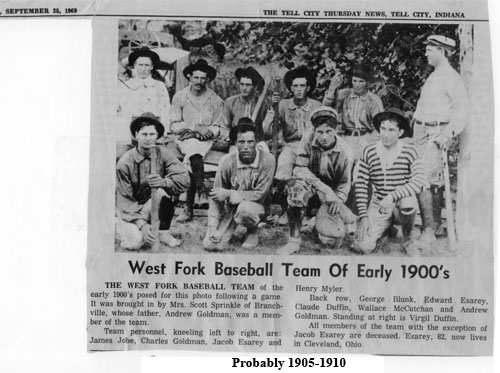 Clipping scanned at a family reunion