Stories, Letters, and Documents of Settlement, Migration, and Civil War

Interesting and historically relevant aspects of family history, preserved in the form of sets of letters, works of non-fiction, or traditional family stories, are available to Esarey descendants.

Special thanks is due specifically to Indiana University Press, Stephen P. Emanuels, and Patsy Van Kesteren for their help with content presented below.. 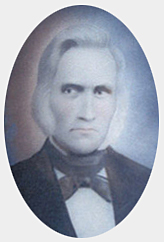 Esarey Stories and The Pioneer Experience

Logan Esarey preserved a great deal of the local pioneer knowledge and experience of his grandparents’ and great-grandparents’ generations in his famous description of EuroAmerican pioneer life The Indiana Home [1943, R.E. Banta, Crawfordsville, IN, with subsequent editions by Indiana University Press].

The Indiana Home: This volume describes early 19th-century pioneer lifeways of southern Indiana. It is as much an Esarey family narrative as an academic production.
The original edition of The Indiana Home included Esarey family stories centered on the their experiences in the Perry County region. These stories are not included in the subsequent Indiana University Press editions of the book. And then, one more story, “Aunt Lucindy Cox and the Water Dog” was unpublished and found among Logan’s papers held by Patsy Van Kesteren.

“The Bewitching of Blackstock” is about John and Sarah Hester Esarey (Logan’s great-grandparents) 200 years ago, at about the time they migrated from Kentucky to Indiana.

“The Bullfrogs of Reily Hole” dates to the 1880s and refers to a well-known place on Oil Creek just downstream from Branchville.
“Aunt Lucindy and the Water Dog“ also dates to circa the 1880s and describes an entertaining commotion that ensued when a local boy was bit by a large mudpuppy (salamander). Water Dogs were widely held to be poisonous. Although they can reach 16 inches and inflict a nasty bite, they are otherwise harmless.. 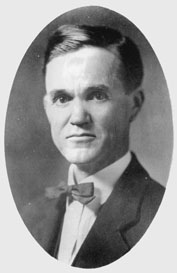 A sample of 19th century letters illustrate the continental migration of Esarey descendants in the 19th century. A few letters between brothers Jesse Esrey (1800-1855) who had moved on to Illinois and then Missouri, and his brother Jonathon Davis Esarey (1783-1858) who had stayed in Branchville, Indiana, survive. These are followed by a main body of letters between Jesse Esrey and his children who had moved to California just before the famous Gold Rush. These letters are presented all together here for the first time and in more complete form than previously available.

As Mildred Esrey Reynolds notes in her treatment of the Rhoads/Esrey letters, the effort to assemble these    letters began in 1910 and took a leap forward in 1964 when a number of Jesse Esrey’s letter to California were located. Altogether, these letters survived and were published in three different sources. Some were assembled by Mildred Esrey Reynolds (granddaughter of Jesse’s son Niles) and published by Myra Esarey Evans (great-great-granddaughter of Jesse’s brother Jonahon Davis Esarey. And then, in 2002, Stephen P. Emanuels, a scholar of King County history in California edited an only partly overlapping set of this same corrospondence. A few earlier and later letters added here document the efforts to gather and save the family history, an effort that now spans 100 years.

The California/Missouri correspondence of Jesse and his children in California is presented all together here for the first time. Special thanks for this are due Stephen P. Emanuels, Patsy Van Kesteren, and John Logan Van Kesteren. Go to the letters.

As a sidenote to the Esarey Civil War letters below, sons of Jesse Esrey who remained in Missouri during the Civil War fought for the Confederacy, while many of their cousins remaining in Indiana fought for the Union. Two of Jesse’s sons, Thomas and James, died in the war. 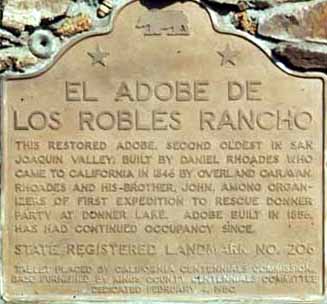 Several sets of letters between various Esareys and Esarey relatives during the Civil War highlight the experiences and mindsets perhaps typical of southern Indiana Union soldiers, sympathizers, and families at home. These are organized here by relation to John Clark Esarey and his wife Barbara Ewing Esarey.

The John Clark Esarey Civil War letters: During the early part of the war John Clark Esarey and his wife Barbara Ewing Esarey received a number of letters from relatives such as William Carmickle (35th Reg. Ind. Volunteers, who was killed June 1964 at Kennesaw Mountain in Georgia), and Albert Bird (49th Ind. Reg.).

Then there is the late-war correspondence surrounding John Clark Esarey’s own term of service in late 1864 and first half of 1865. This is mostly letters exchanged with his wife (Barbara Ewing Esarey), parents (Jesse Clark and Susannah Hughes Esarey), and his sisters and brothers. These letters follow John Clark Esarey from his entry into the 53rd Reg. Indiana Volunteers (27 Sept 1864), through his participation in the devastating campaigns of William Tecumseh Sherman known as The March to the Sea and the Carolinas Campaign, to his discharge the following summer in Washington, D.C.

John Clark Esarey sums up this experience in a letter from Savannah, Georgia:

“I have seen many ups and down, hard times and gay times since I left you… I have traveled over a good portion of the Confederacy and have come to a halt at last. We left Marrietta the 11th of Nov. and marched 29 days… Sherman’s Army destroys the entire county for 50 miles wide and destroyed all the railroads in the state. We lived fine coming through, foraging anything we wanted. We had some little fights on our way through. I got some fair shots at the Johnies but they had some at me… All the country that this army passed over is entirely destroyed. “

In another letter he notes that “I wrote Pap [Jesse Clark Esarey] something like a daily account to my trip. I have been under fire several times and sometimes the bullets would play a fair tune around a fellow’s head. It is no fun for a man that never was under fire… I would rather shoot at them than eat…. I think the war will soon be over.”

John Clark Esarey
Decades later, after raising a large family, John Clark Esarey began to suffer increasing mental impairment. In 1910, several years after Barbara died in 1907, Clark married cousin Sarah Frances Esarey Howe (born 1852, daughter of Jacob Esarey, whose husband John Howe had also died in 1907). Their pension files in the National Archives detail their situation in the 1920s, after Clark’s mental capacity decreased significantly. In January 1924, 49 years after he wrote to “Barbry” following his arrival in Savannah with General Sherman, Clark Esarey died. Sarah Frances lived another four years, dying at Cloverport, KY, directly across the Ohio River from their home in Tobinsport, IN. Clark and Barb
ara are buried together in Leaf Cemetery in Tobinport.

Set 3: Marcus and Isabel Patrick Benham letters. Marcus and Isabel Benham were John Clark Esarey’s aunt and uncle, with half his cousins in this family being children of Eliza Hughes and half Isabel’s. More than two dozen letters have survived to this Crawford County couple from Isabel’s relatives Ananias Patrick, John Patrick, “Old” Dave Patrick, and several other friends sharing news of Civil War service from military camps at such places as Pilot Knob, Helena, Mound City, Memphis, Vicksburg, and an army hospital in Clarysville, Maryland.

Fire in the Hills Cover

Hiram Frakes, born in Branchville in 1888, was the son of Mary Ann Esarey and Grayson Frakes, and grandson of Hiram Marcus Esarey (the elder) and Sophia Walker. He married Leota Walker of Branchville (daughter of Lacrosse and Fanny Walker). Their exciting (and occasionally dangerous) lives work as missionaries deep in the western Kentucky mountains from 1925 to 1950 is documented in the popular volume Fire in the Hills: The Story of Parson Frakes and the Henderson Settlement by Lee Fisher [1971] which features an introduction by the Reverend Billy Graham (Abingdon Press, New York). This book has recently been reprinted by the Henderson Settlement in western Kentucky.